The second section of The Julian Chapter also begins with two quotes. The first is from The Jungle Book by Rudyard Kipling.

"That is only tears such as men use," said Bagheera.
"Now I know thou art a man, and a man's cub no longer.
The jungle is shut indeed to thee henceforward.
Let them fall, Mowgli. They are only tears."


In The Jungle Book Mowgli is raised by wolves and is accepted as a member of the pack and a part of the jungle, although not without some conflict. In time Mowgli realizes that he must leave the jungle and live with people. He is crying because he must leave everything he knows. In this quote Bagheera is telling Mowgli that he is no longer a child (man-cub) but a man. Mowgli has grown up, and he must leave the jungle (and his childhood) behind. How might this foreshadow what is coming in After?

The second quote is from the song "The Partisan" by Leonard Cohen. It reads:

The song is about a French man during World War II who runs away and becomes a partisan rather than surrender to the German army. A partisan is a person who remains loyal to their country and fights against the country who has attacked them. Looking at the quote from the song, the partisan believes that freedom will one day come back to their country, and he will be able to leave the shadows, or come out of hiding.

Julian says that usually he hated staying with Grandmère (Grandmother), but this time was okay. He was able to do pretty much whatever he wanted to take his mind off the school year, including "spend the entire day in my PJs playing Halo." It's interesting that for all their differences and disagreements, Julian is playing the same game Jack wants to play at Auggie's house when they were supposed to be doing their homework. Why is that?

Here is the introduction to Halo: Combat Evolved Anniversary released in 2011.

Julian sends his precept, "Sometimes it's good to start over," to Mr. Browne on a postcard with a picture of a gargoyle at the top of Notre Dame. Growing up I thought Notre Dame was just a football team, but it's also a Catholic cathedral in Paris. It has some amazing architecture, and some pretty cool (or creepy) gargoyles looking down from the outside walls.


On the morning Julian gets an email from Mr. Browne, Grandmère is having breakfast. It's not an important detail to the story, but she had a croissant and café au lait. A croissant is just a flaky, buttery bread shaped like a crescent. Café au lait simply means coffee with milk. 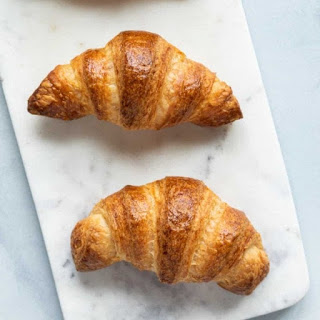