Let's be honest. If you were still a five-year-old relaxing on the couch one day and watching this on TV:


when suddenly this appeared: 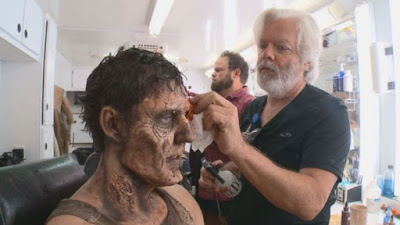 you would probably be pretty freaked out. (And that's a pretty tame zombie compared to some images I found. The zombie stuff out there freaked ME out, and I'm a little older than five.)

And if the zombie had already freaked you out, than seeing this at a friend's house would probably add to your freak out. (Remember, you're a five-year-old.)


Then after the situation at the movie theater with Scary Fairy, Julian is frustrated with himself for being scared of fairies. He wonders what could be next. Flying ponies? Snowflakes? Cabbage Patch Kids? Cabbage Patch Kids were hugely popular toys in the 1980s when they first came out. Here's a Cabbage Patch Kid. You decide if it's creepy. 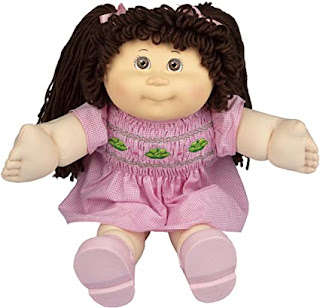 Okay, let's be serious. Night terrors usually happen in the first 3-4 hours of sleep. A person will react as if they are very scared. They might sit up, scream, kick and thrash, sweat, their heartbeat may race, and may even get up and run around the house. But they aren't really dreams. Someone who has a nightmare can wake up and remember the dream, but since there's no dream during a night terror, there's nothing to remember. In the morning parents might ask kids what they were dreaming and the kids won't know. They might not even remember having the night terror.

Night terrors can be very scary for parents. A child having a night terror usually doesn't wake up, and the best thing for parents to do is simply wait patiently for it to end. (Trust me, that's hard for parents.) Night terrors usually happen to kids between the ages of 4-12, but only about 3-6% of kids experience them.

From the description in the book, it seem like there are both night terrors and nightmares. More can be read at Kids Health and the Mayo Clinic.

Night terrors can be triggered by stress, and images can be stressful. Ever try falling asleep, but every time you close your eyes you see the same image? Could Darth Sidious from Star Wars be a stressful image to see? What about Gollum from Lord of the Rings?