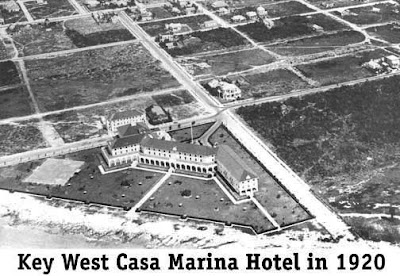 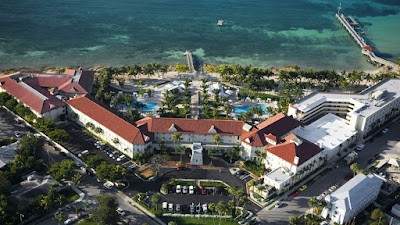 I didn't get to an ice cream shop on Duval Steet, but I did make it to a small store that looked a lot like an ice cream shop. Except it didn't sell ice cream. It sold key lime pie. We thought it was hilarious that the store's owner was named Kermit! (No, it's not the same Kermit from the book. We just liked the name, and we loved the pie!) 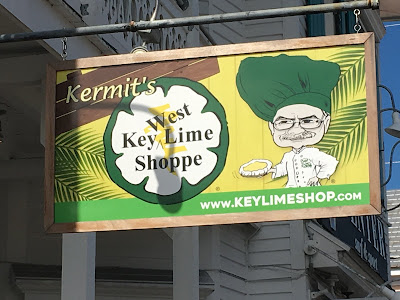 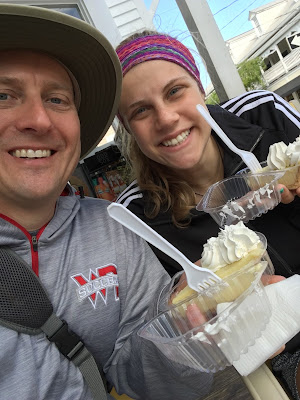 The Strand Theater building is still on Duval Street, but if you look closely, you'll see that it's not a theater anymore even if it looks like one. 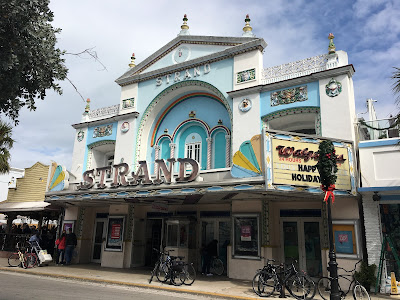 Interestingly, the original Strand Theater burned down on July 6, 1934, the month this story starts. (I found this picture in the Key West Firehouse Museum.) If I had to guess, since the theater is so important to Beans and the book (you'll see in upcoming chapters), Jennifer Holm chose to leave the theater standing for her story. 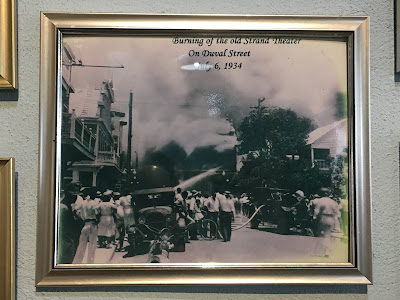 There are three different fruits mentioned for the cut-up: mango, Spanish lime, and soursop. 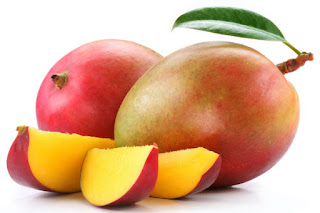 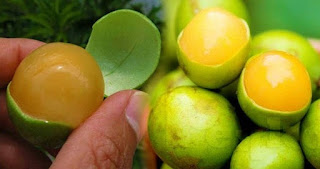 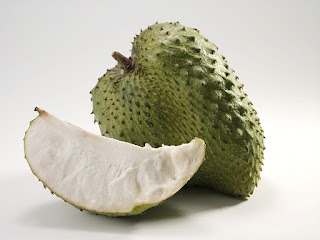