Beans and Kermit were collecting condensed milk cans for Winky who sold them to Pepe's. Here is Pepe's on Caroline Street, but the original Pepe's was on Duval Street. 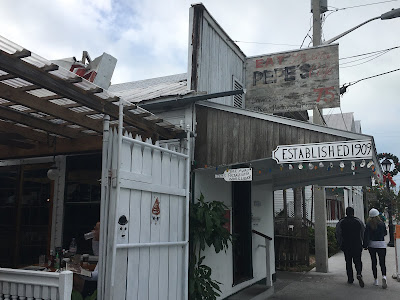 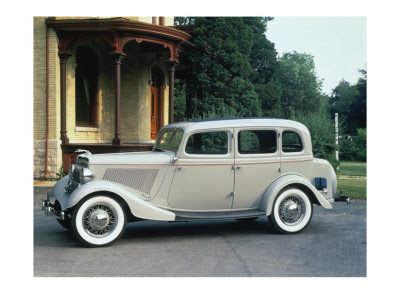 Beans says he recognized the car immediately from the newsreels. Newsreels were played before movies, like the previews are today, and showed all the latest news from around the world. Mr. Stone drives the same car that Bonnie and Clyde drove when they robbed banks, and that's how Beans knew about the car. Here's Bonnie and Clyde before they were captured. 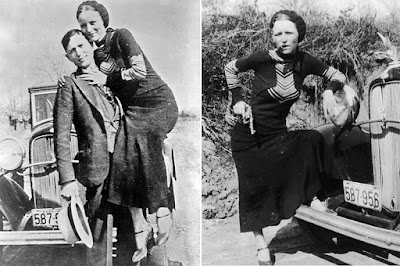 Julius Stone, Jr. was a real person in Key West history. We'll learn more about him later in the story. Mr. Stone is the man on the right in the white suite. (No Bermuda shorts!) 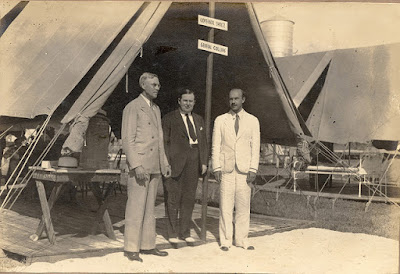