Take a look at the first pages of Justin's part. Notice anything interesting? Why do you think it is written like that? 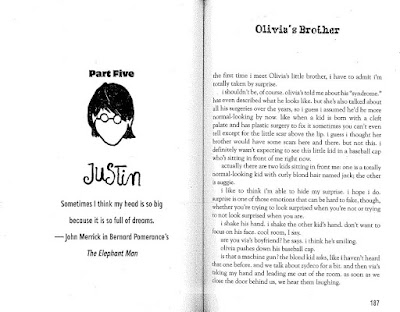 At the end of Part Four, Justin tells Auggie and Jack that he is the fiddler in a zydeco band. He describes zydeco as a type of music, like Creole music that began in Louisiana. Now at the beginning of Part Five, Justin mentions zydeco again. I'm not too familiar with zydeco, but I do know Sesame Street has been teaching kids for over 40 years.


Justin talks about how cool it is that Olivia makes things like earrings our of pieces of circuit boards or dresses out of t-shirts, or bags out of old jeans. For Valentine's Day she gets him a messenger bag made out of old floppy disks.

Justin explains how he traded his baroque violin for an eight-string hardanger fiddle. They look pretty similar, but do you notice the biggest difference?

We learn that Olivia and Justin are trying out for a role in the play Our Town. We also learn that, according to the grapevine, the drama teacher had been planning to do The Elephant Man, but at the last minute he changed his mind. Wonder why...? (Skip ahead to the 0:55 mark for quick look at the play. Keep watching for more details.)


Justin walks with Jack to the bus stop. He says Jack's "got a gravelly voice, like a little tough guy. he kind of looks like one of those little-rascal kids in old black-and-white movies, like he should be wearing a newsboy cap and knickers." 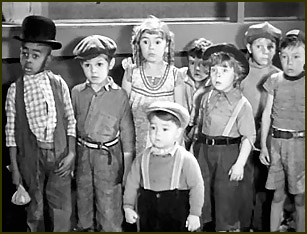 Let's take a moment and think back to when Auggie and Jack first met Justin. Justin was carrying his violin in its case, and Jack asked, "What's in your case? A machine gun?" Which of these examples might Justin have been carrying? 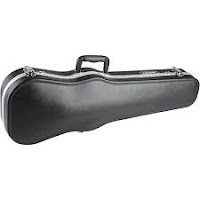 When Justin is on stage he sometimes forgets his lines. When that happens he plays a little "Soldier's Joy" which relaxes him and gives him a few moments to remember his lines. It might have sounded something like this fiddle player.

At the end of his part, Justin says his mind is full of thoughts that won't turn off. One of them is the elements of the periodic table which he's supposed to be memorizing. Each box on the Periodic Table shows one scientific element.

*All images linked to their sources.

Continue to Part Six: August.
Posted by Mr. Wilhorn at 7:05 AM